Believe it or not, the Seasons story mentioned in the last post appears to have been a head fake, because another character bulled her way in from the Timelines universe and said, “MY TURN!”

And it’s really a novella (same number of pages — 72 —  as A Midsummer Night’s Hunt, according to Amazon), but it falls into a series I’ve decided to call “Timelines Short Stories,” so there. 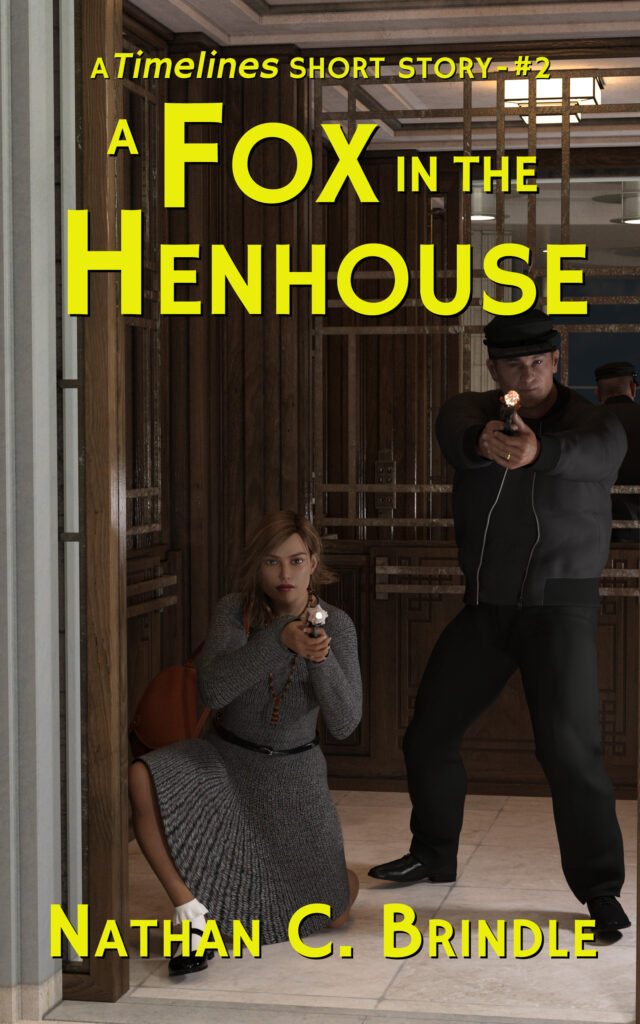 Delaney Wolff Fox is a spy. A cute spy. A deadly spy.

A spy you want at your back when stuff gets real.

From a palatial office in Johannesburg, to a fancy whisky bar in Sydney, Australia, to a beautiful private beach in southwest Florida, to the great and wild city of New Orleans, Captain Delaney Fox, United States Space Force Marines (Intelligence Division) finds herself beset by assassins at every turn, while first saving an alien government’s valuable artifact from the South African cartel that’s stolen it, and then being assigned to guard said artifact while it completes a world tour, on loan from that same alien government.

But like the proverbial fox in the proverbial henhouse, you can count on Delaney to complete the mission and come out with the prize, intact and in hand – even if the “farmer” isn’t all that keen about her doing so.