[Update, 17 May:  This is not going to be the cover.  I had another idea after a graphics-savvy friend kept yelling at me about the disconnect between Ariela and the ship and earth behind her not being visually consistent.  So when I have the other idea worked out, I’ll be updating this again.  Ariela will remain, the background will be different.

Oh, and I know, the titling doesn’t work.  That will also change before publication.]

I decided to take a night off since the characters stopped yelling at me to write them last night.  I’ll be editing next week, but I have another book to read this weekend.

Anyway, I decided I wanted Ariela to look “confident and slightly sexy”, so I went looking for DAZ 3D poses that did that.  Found a set of commercial model poses that could be useful in the future, but specifically I wanted a “crossed arms” pose and that was the featured pose for this set.  Sold! to the gentleman cosplaying George RR Martin in the back of the room.

A little fiddling about with her facial expression and a 3-1/2 hour render, and voila. 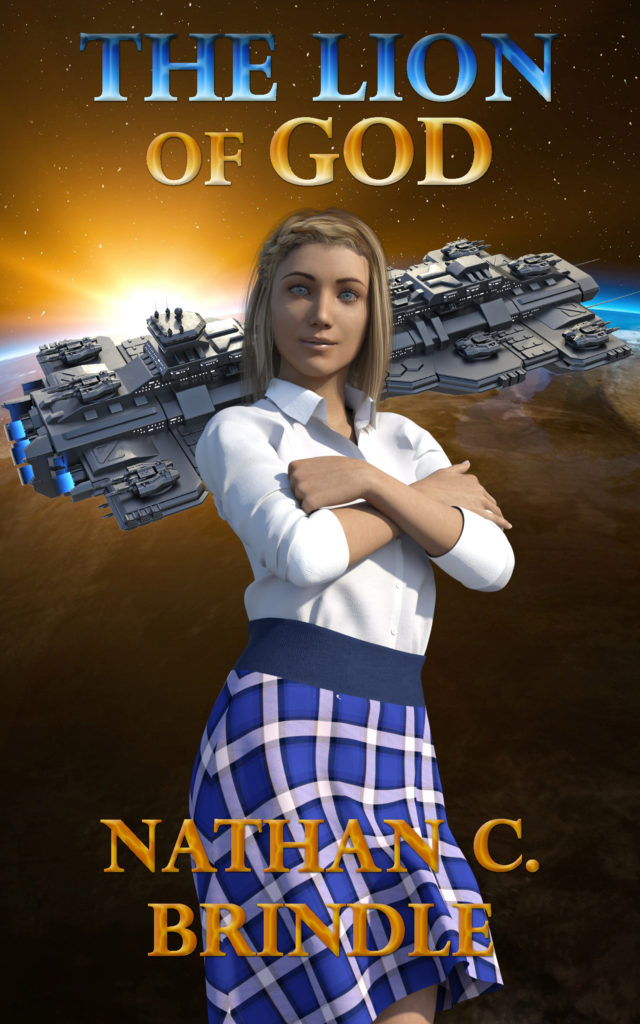 Still have some work to do on the titling, but this is much better, and to paraphrase a friend’s comment a while back, she doesn’t look like she’s trying to sing, anymore.

Oh: And just because,